Our enthusiast forum, AVforum.no, was founded in 2001 and developed to become one of Scandinavias leading online communities within audio and video. More than 80.000 members share their knowledge with their fellow enthusiasts on this user content generated site.

AVforum is really a great source of inspiration for us as well, and we have made huge efforts into pouring as much resouces as possible to maintain the status quo. We´ll continue to do so in the future and hopefully we´ll be able to keep this wonderful Wealth of Knowledge and information live and kickin´ for years to come! We also purchased the domain AVforum.com back in 2003, and we do hope that we could one day share our enthusiasm with other, International markets! 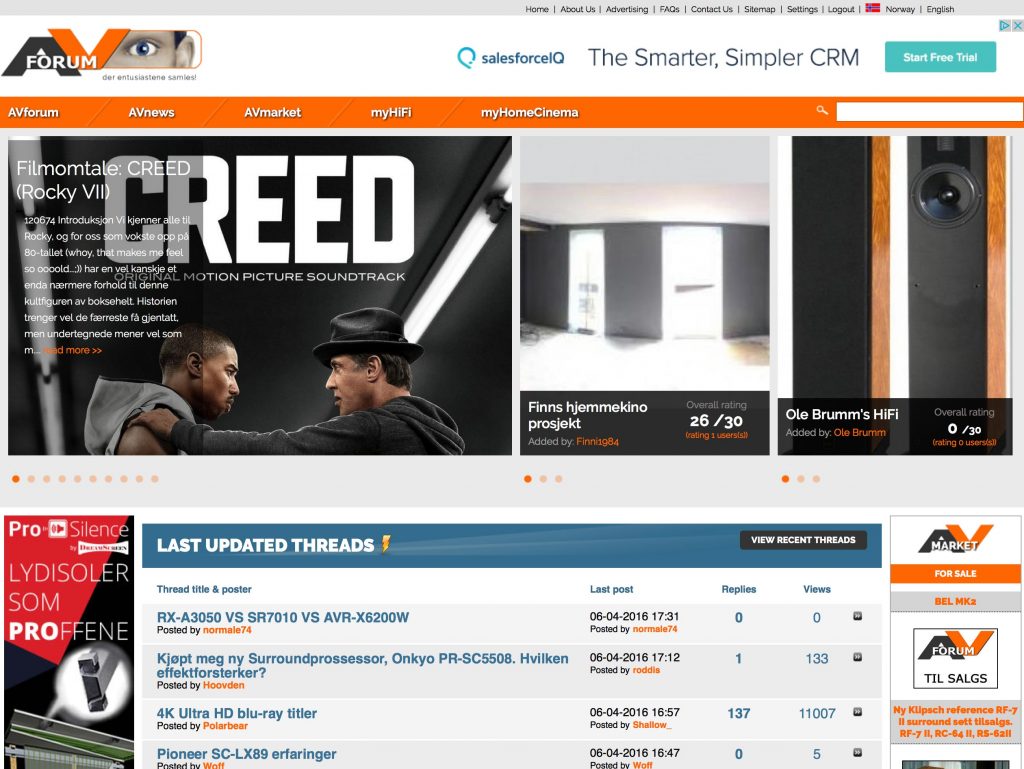 We always wanted and still want to make “AVforum the leading AV online community in the world”, although we´ve barely been able to keep our ground in Norway and as such is reaching a bit off the charts when envisioning such an endeavour. However, the fact is that AVforum.com might be launched in the US in the near future in cooperation with one of the leading American AV guys – which really makes this goal more real than ever before.

However, as a lot of community forums, we´re facing quite a challenge from Facebook these days, increasing their traffic every day at the cost of forum activity. Our main task ahead is to take advantage of the altering landscape of social media; not being afraid of – or avoiding to accept that the world is ever changing.

We should rather try to integrate the social media platforms even further and also make sure we continue to improve our surrounding services that compliment what social media still lacks such as our “myHomeCinema” and “myHiFi” subservices that allows users to present and have their systems rated by fellow enthusiasts. In addition to improving the subservices on our own site, we should make them out as separate apps for all kinds of platforms; iOS, Android and certainly also Facebook. We need to rethink and remake to get ahead of game (again) and will do our very best to allocate the required resources to do so the coming years.

One challenge for AVforum is the fact that advertisement income has diminished. Advertisers are using their money through services such as Google and Facebook rather than purchasing them directly from us as they used to do. Unfortunately, we are generating very little money from displaying Google ads, and as such we have ended up in a negative spiral as income would normally equal development – which is highly required – even moreso now than it used to be due to the alterations of the entire social community market.

To meet the challenges ahead we will have to focus on the longer run and the bigger scope. We need to broaden our services and try to reach out to larger markets in order to generate a sufficient amount of traffic. We need to utilize the potential that resides in “appifying” our services. As such, the success of AVforum.com as well as connecting our webpages to apps might be more crucial than ever before and we are dedicated to continue the development of our services so that we are able to provide the best possible platform available for making it Internationally. As there are already large International AV communities out there, this will certainly not be an easy task, but hey, what´s life without a challenge or two! 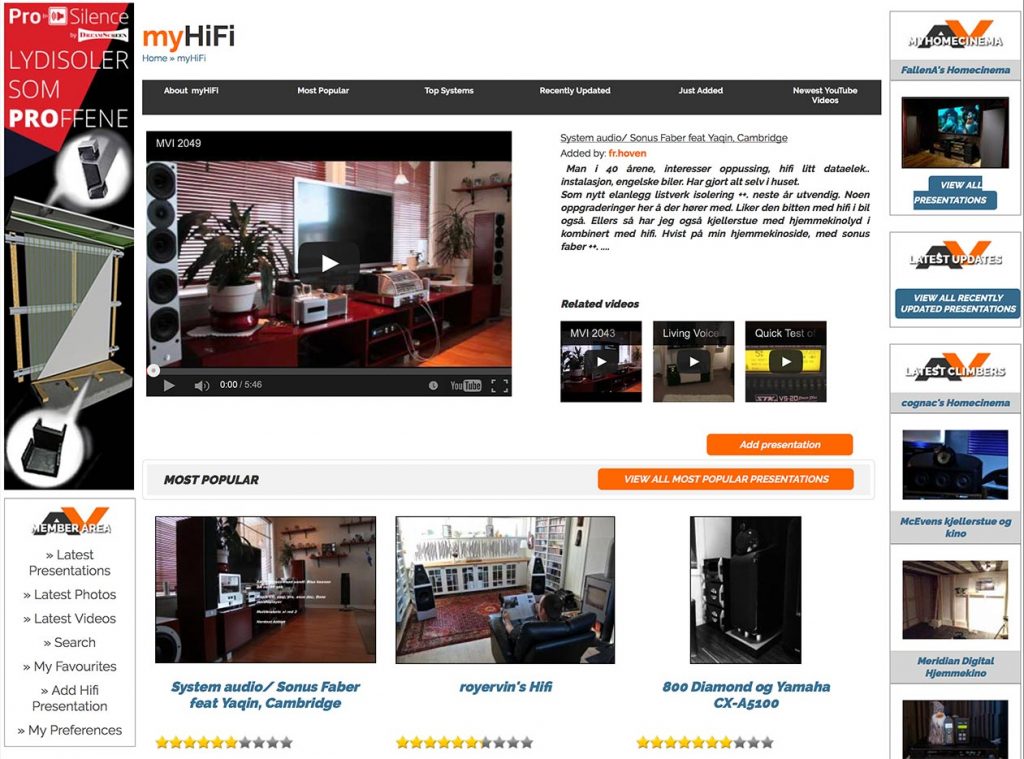 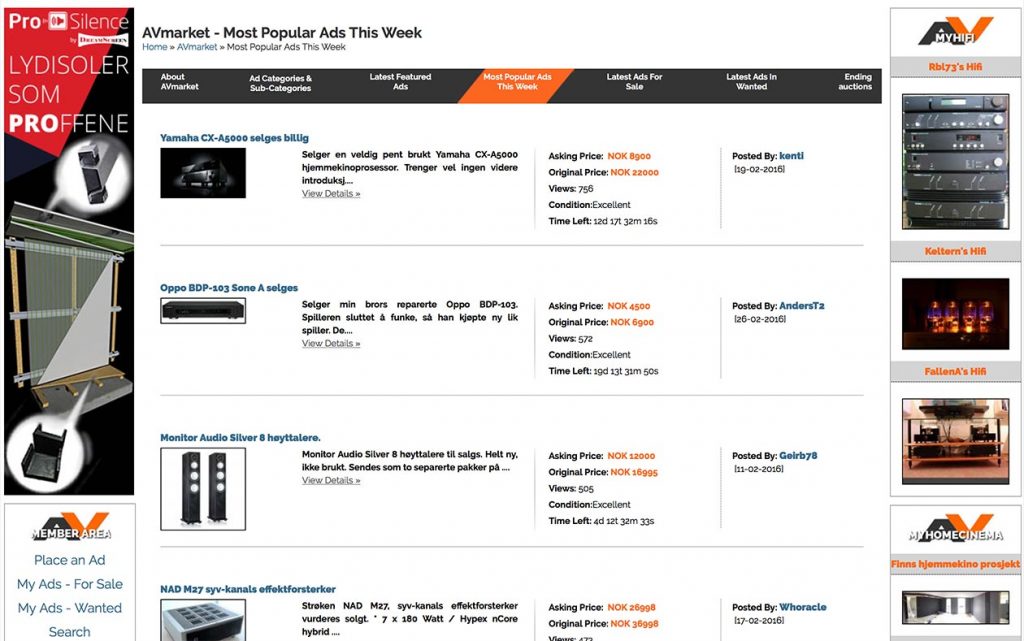 Free marketplace for members to place their gear for sale